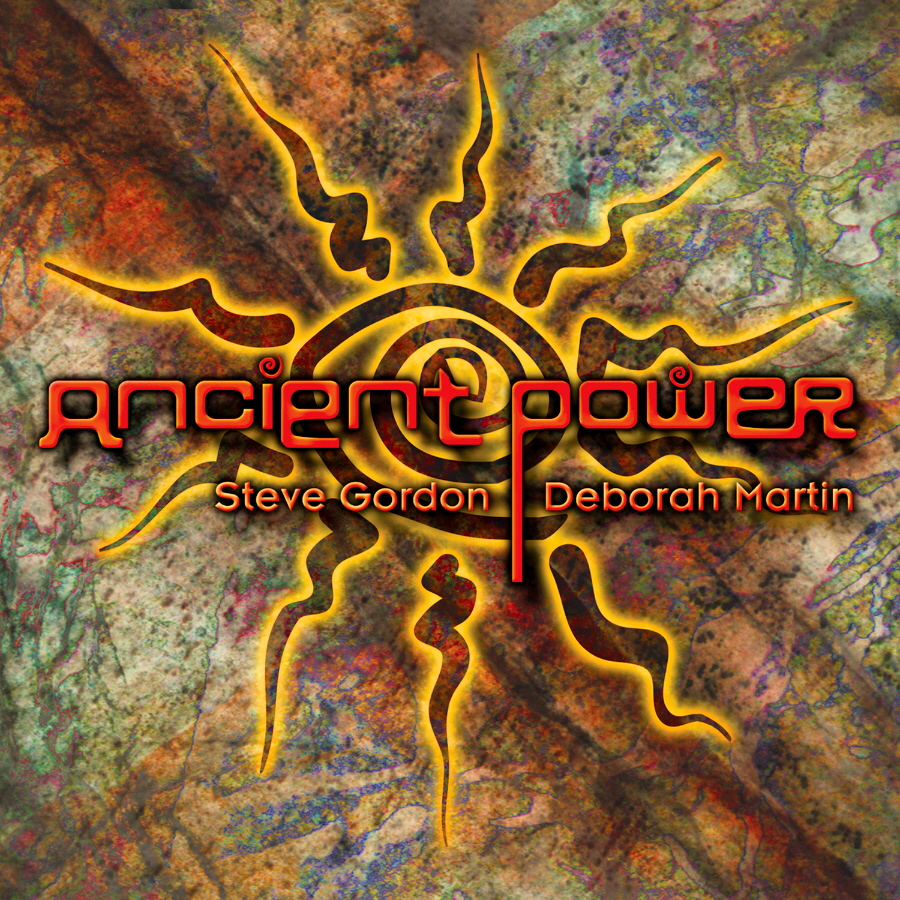 Undercurrents of thundering tribal drums and primal rhythms awaken the wisdom of the ancients while haunting Native flute and keyboard melodies conjure the elements of the Earth in this greatly anticipated collaboration between best-selling Sequoia Records artist Steve Gordon (Sacred Earth Drums) and acclaimed Spotted Peccary Music artist Deborah Martin (Under the Moon). Rattles and shakers, ocarinas, acoustic guitars, textural electric guitars, hand drums, and sculpted electronic soundspaces are all combined to transport the listener to a world of delicate beauty and raw power.

Good roots produce good fruits. Flowing out of Edgar Perry’s soul is the love for
his people: the Eagle Clan of Whiteriver, Arizona. Perry’s White Mountain Apache roots
reach deep and this music is the fruit of that devotion. Steve Gordon and Deborah Martin,
each touched by Perry’s life, come alongside his vision and together they call forth the
Ancient Power in song.

This is no cheap tourist trinket’s tinkling clatter as other new age tribal concept
albums so often offer. The soul-cry of the Apache visits in these songs. Authentic native
instruments and chants are fused with guitar, keys, tambourines, and such but not too
overblown nor out-of-the-flow. ‘Spirit Of The Mountain’ and ‘Wind Of The Spirits’, a
10:36 track, are my picks for most Apache-feel. Synths melded with textural guitar verge
on an Emerald Web/Peter Buffet sound. Refer to ‘Sundancer’ and ‘Earth Dweller’
respectively. Title cut, ‘Ancient Power’ evokes even Celtic moods in Gordon’s native
flute. ‘Moon Over Cloudless Sky’ with Martin on synth and Gordon on ambient guitar
was a great break from all the mesmerizing Taos drums and Deer claw percussives. The
stage was perfectly set for ‘Wind Of The Spirits’. You even hear cicadas calling from
Indian ruins on this CD. If you like Native American music with that new age delivery
then Ancient Power is recommended with no reservations.

I believe that collaborations are truly the lifeblood of the music I enjoy. This album brings together Steve Gordon from Sequoia Records and Deborah Martin from Spotted Peccary Music. As Jonn Serrie has already proven with Spirit Keepers, space music and Native American music can blend into a great combination.
Ancient Power features synthesizer along with acoustic guitars, various types of rattles, Native American flute, and the incredible sound of the Taos drum. Edgar Perry, a white mountain Apache, contributes the sound of a ceremonial medicine belt on two titles and chants on one. Steve’s brother David Gordon lends his drumming talents on two titles. Two of the compositions ‘Moon Over Cloudless Sky’ and ‘Earth Dweller’ have a strong space music element, with the other six tracks having a more even mixture with the Native American style. In fact, ‘Earth Dweller’ has the feeling of a wide-screen Technicolor John Ford movie soundtrack. It’s such a great song that you’ll probably forget that it’s a tad out of place with the remainder of the album. ‘Heart Of Fire’ is my personal favorite and gives me a sense of sitting in front of a campfire.

The sound recording is excellent. With headphones, you get a terrific sense of depth in the sound. Because of the various shakers, rattles, drums, and synthesizers, the music offers a variety of textures for the ears. Greg Klamt also lends his considerable talent in designing the album cover.
Ancient Power makes a great companion to Jonn Serrie’s Spirit Keeper. Music fans who want to be gently introduced to Native American music would find both albums welcome additions to their collection.

Steve Gordon and his brother David developed a large following of listeners who have enjoyed their combinations of Native American instruments, synthesizers, guitars, percussion and nature sounds, with albums like ‘Garden Of Serenety’ and ‘Sacred Earth Drums.’ Now Steve teams up with Deborah Martin to create a new album in this same vein. Inspired by legends of the Apache people, you can feel the densely textured desert and mountain atmosphere that gave rise to these sounds. More percussive than other native-influenced albums, with layers of space music sound to rearrange the elements in an unusual and pleasing way, this album combines the gentleness of the ‘Garden’ albums with the energy of the ‘Drum’ albums.