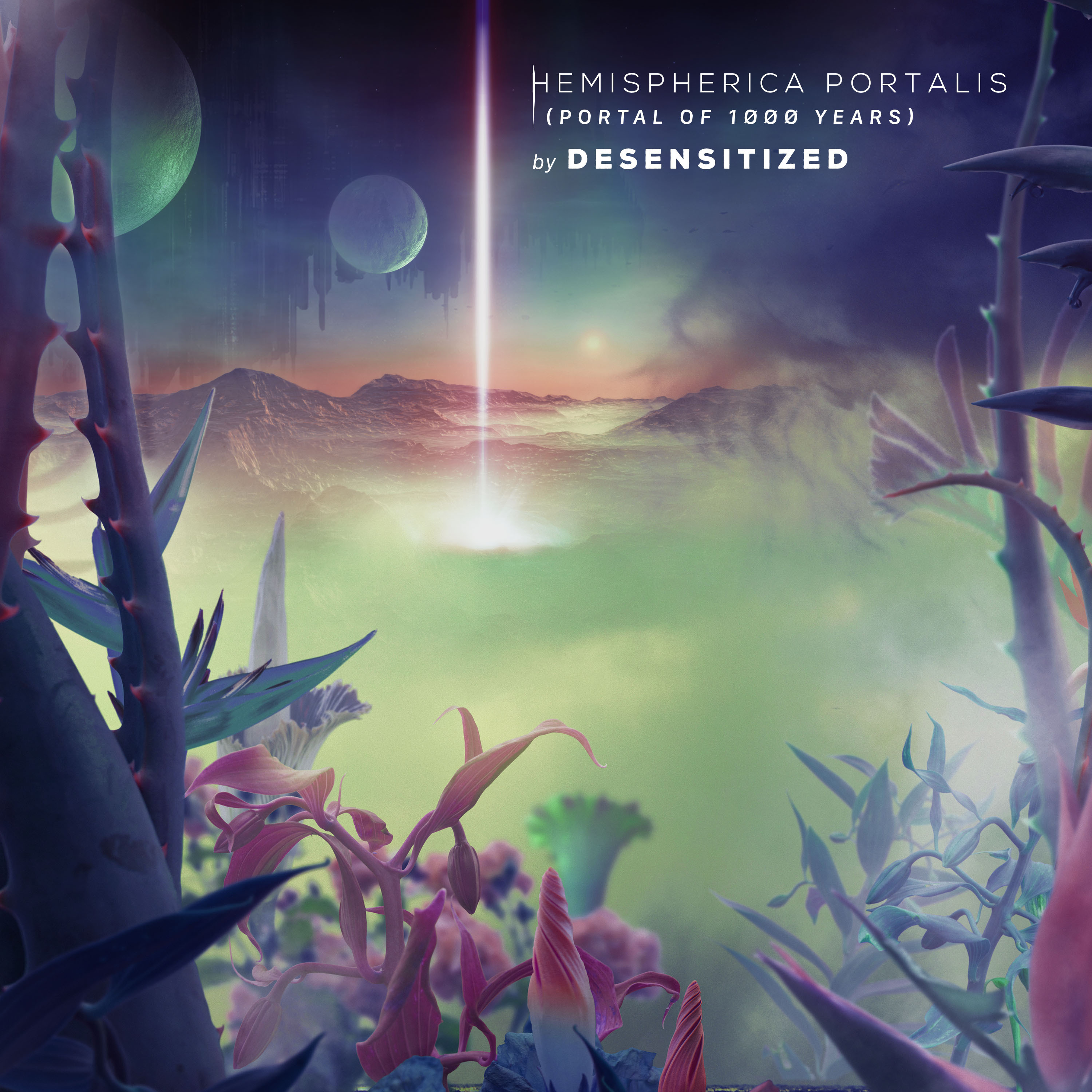 “Hemispherica Portalis” is the debut collaboration album from the collective imagination of Deborah Martin and Dean De Benedictis. Performing under the moniker “Desensitized,” these two veteran ambient electronic sound explorers have joined forces to craft a thought-provoking work of art that combines ancient and futuristic moods into a captivating world of sound, filling the imagination with illusory images of undiscovered realms.

The abstract and alluring music that unfolds across the album’s seven tracks is in many ways just what one would expect when De Benedictis & Martin’s recognizable yet disparate styles are focused into a singular expression. “Hemispherica Portalis” acts as a jumping-off point for the duo’s “Desensitized” deep dive into a new form of texture-based sonic exploration – one that merges vintage space-music tendencies with a modern electronic ambient style. Roiling in slow motion, Deborah’s signature sounds and digital synth expressions expand and contract as the occasional acoustic flourish or melodic moment briefly bubbles to the surface. Added to that are the nuanced layers of Dean’s remarkable laptop-based sound-sculpting approach and the resulting array of textural, experimental, and at times gritty elements that he expertly swirls into the mix. This blending of the two artist’s distinct sonic palettes and differing styles paints an appealing and cohesive soundscape that is lush, refreshing, and truly special.

“I knew the drastic contrast between our two approaches would likely yield something new,” explains Dean. “Deborah has a majestic and pristine melodic style, while I bring a textural and sometimes edgy experimental approach, using sounds I often create on the spot. I find the combination of our layers and approaches uniquely lush and personally refreshing.”

Deborah elaborates, “Dean’s years of sound sculpting expertise paid off in ways I can never fully explain; as soon as I began playing the melodic basic song structures, he was immediately adding textures and nuances that glued the passages into place. The creative result is a breathtaking display of original sound samplings, live recorded textural beds, and electronic elements melding into a profound ambient electronic revelation.”

Together as “Desensitized,” Deborah Martin & Dean De Benedictis summon a unique and expansive sound that is vivid, alive, colorful, and surreal, as the subtle dreamscapes of “Hemispherica Portalis” offer a sublime retreat into sonic beauty, where past and future echoes mingle, collide, and fuse into dreams, deeply alien…yet somehow familiar.

If you would like a signed copy by artist Deborah Martin you can order direct from her from the wizardscache.com site.  Click the PayPal link on the right side bar.  The cost plus shipping is $20 per CD and make sure to includes you name and present mailing address at the PayPal sight.